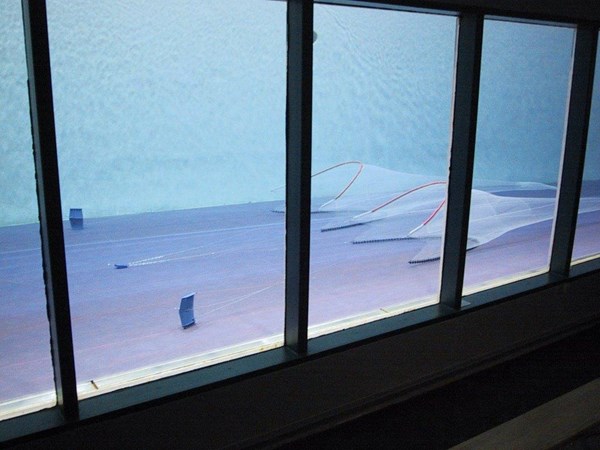 Fresher trawler Akurey has completed its second trip since a refit in which a third trawl winch and an additional set of sweepline winches were installed on board. This enables the trawler to tow a pair of trawls, and the equipment works perfectly. The installation of the twin-rig setup was carried out by Stálsmiðjan Framtak in Hafnarfjörður.

He explained that the third winch was fitted on the port side of the deck. Akurey now has six sweepline winches now that an additional pair has been fitted. All of the winches are from Naust Marine. 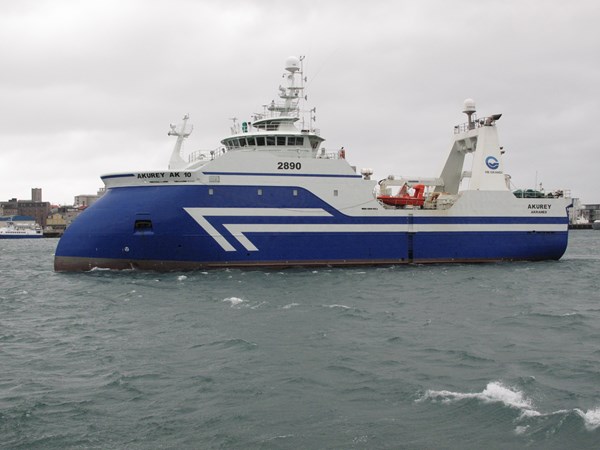 ‘We’re continuing to work with Thyborøn doors and our two trawls, which are T90 Hemmer 360s rigged specially for us, are from Hampiðjan in Akureyri. These are each slightly smaller than the Hemmer trawls we have been using,’ he said, adding that with this kind of change there are plenty of details that require attention.

There are 45 fathom (82.30 metre) sweeps on each trawl and the door spread is 180 to 200 metres, depending on the depth. In the middle we have a 5000kg roller clump. That’s towed on the third winch and the rule of thumb is clump needs to be 70-75% or the weight of the doors, which is our case is 7400kg. The make it easier to handle the clump, a gantry has been fitted over the stern ramp,’ he said, commenting that as well as the middle warp, the inner sweeplines are also shackled to the clump. 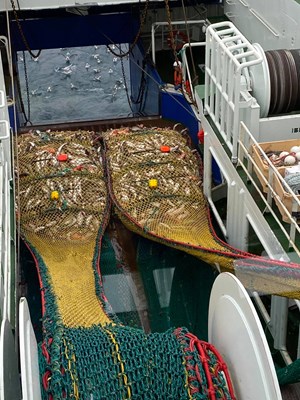 During the first trip there weren’t many hauls taken with two trawls, but the twin-rig setup was used through the second trip, and according to Eiríkur Jónsson, the equipment all worked and everything came together.

Akurey is now in its third trip since the changes were made and is expected to dock before the weekend.