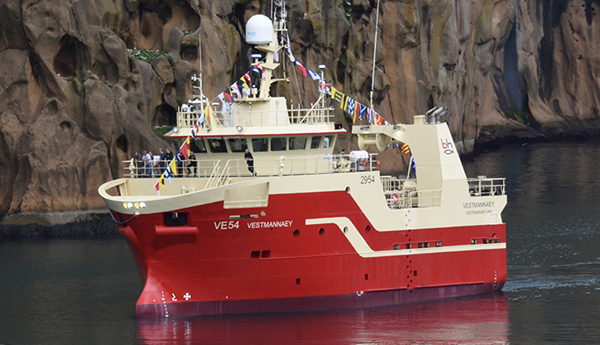 ‘I’m very satisfied, and if anything, the results are beyond anything I had expected. Catch quality is better and the crew are quicker hauling and shooting than before. There’s hardly anything to do back aft at the ramp and the crew could hardly be happier,’ said Birgir Thór Sverrisson, skipper of Vestmannaey VE-54, commenting on the new DynIce QuickLines that their trawl gear is rigged with.

The trawler is one of the newest in the Icelandic fleet and stared fishing shortly before the end of last year.

The DynIce QuickLine codends have been developed by Hermann Guðmundsson, manager of Hampiðjan’s Akureyri division, and the codends are constructed by Vestmannaey’s operating company Bergur-Huginn in the Westman Islands, under the supervision of master netmaker Guðni Hjörleifsson. This is seen as a clear example of excellent co-operation between fishing company and gear manufacturer, with both focused on achieving better catch quality and significant improvements to safety for trawler crews. 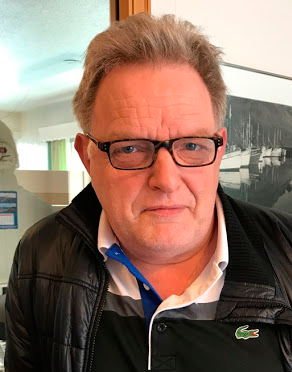 Vestmannaey’s QuickLine codends are made with four panels and according to Birgir Thór Sverrisson, these open better than standard codends, and maintain the opening. This provides a clearer route for small fish to find their way out of the trawl, as the meshes are kept open instead of being pulled closed.

‘We use a set of ’braces’ on the codend and have a lazy deckie rope ahead of it. We use the braces to bring the codend in, so there is no pressure on the fish in the codend before it’s hauled on board. It takes 10 to 15 seconds to bring the codend in, and during that time there’s minimal pressure on the fish. Before we had this setup, we used strops, and sometimes two strops on the codend. Then that was hauled in, and that took two to three minutes. So I don’t need to see any figures when I say that now we are landing a better quality of fish,’ Birgir Thór Sverrisson said