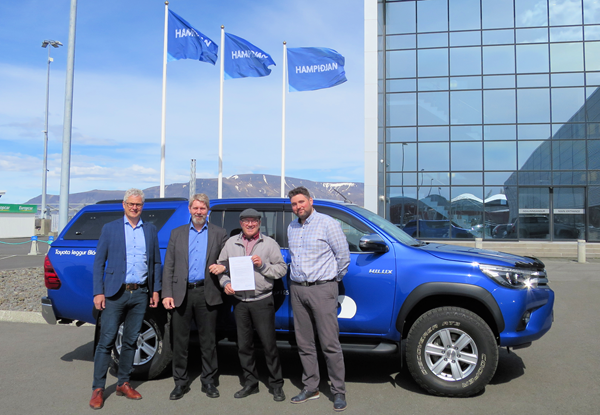 A co-operation agreement on clearing waste from Iceland’s beaches has been struck between Hampiðjan and the Blue Army. Hampiðjan will provide support worth ISK 2.40 million annually to the Blue Army in monthly contributions. Blue Army founder Tómas J. Knútsson has welcomed the agreement, commenting that Hampiðjan’s contribution will ensure that the Blue Army can continue its efforts.

The Blue Army has been active for 25 years and prior to that, Tómas worked as a commercial diver for 37 years.

‘I was very much aware of what there is to be seen below the surface and I have been tirelessly been pointing out that Iceland’s shores are being swamped by all kinds of rubbish, not least plastic waste. 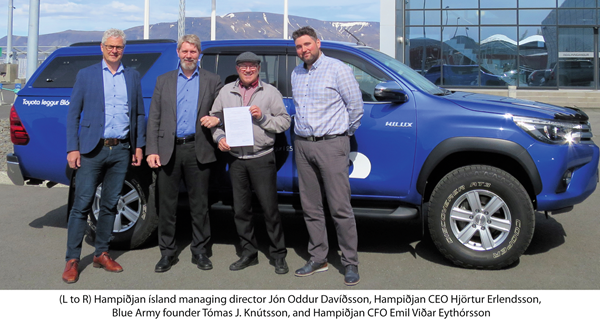 After I retired from diving, I was shocked by the situation and decided to dedicate myself to the battle against this plague,’ he said, commenting that the co-operation with Hampiðjan began through a conversation with CEO Hjörtur Erlendsson, who has been very open to a dialogue.

‘As a result, a group from Hampiðjan took part in a beach cleaning drive in Selvogur in September last year and picked up around two tonnes of plastic in a pretty short time,’ he said.

According to Tómas, having Hampiðjan on board as a supporter is a significant step. Toyota has also supported the initiative from the outset, and he commented that having a prominent fishing gear supplier on board is a big step towards the Blue Army having a dream team behind it.
‘Hampiðjan is a highly influential company with activities around the world.

I hear from the CEO that he has a strong interest in what we have been able to establish here, which could be an initiative that other Hampiðjan branches could use as an example. I welcome this although, first and foremost, we must ensure that Iceland’s shores are the cleanest and freest of plastic to be found anywhere on the planet.’

The Reykjanes region has been the Blue Army’s primary target, and Tómas said that there are strong reasons for this.

‘I’m from Keflavík and live in Sandgerði where the beaches have for a long time been strewn with rubbish. It was a big enough job to battle against this plague on my own doorstep. But we have been travelling around, to places such as Borgarfjörður, Snæfellsnes and Eyjafjörður, for example. I can see that there has been a change of attitude among the public and this has – fortunately – extended to fishermen and fishing companies. I keep a regular close watch on ten beaches here on the headland and recently I have noticed much less rubbish than in the past. It seems that younger people who see a plastic bottle will pick it up and take it away. This gives me hope for better times and for the younger generation, not least the children, who know that there is a limit to what the sea can take,’ Tómas J. Knútsson said. 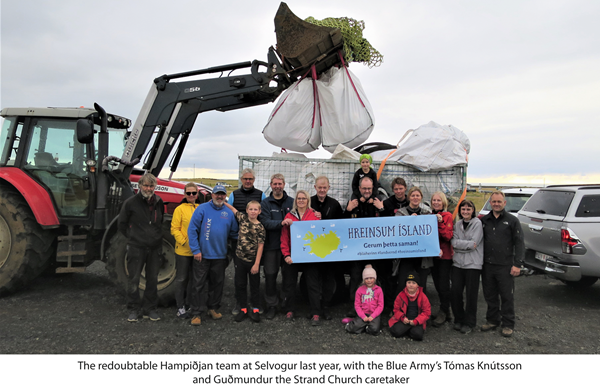 The Blue Army’s next big effort is being prepared. Tómas feels that this could be linked to the Day of the Sea and he has been in consultation with the Department of Civil Protection and an epidemiologist on how this can be managed.