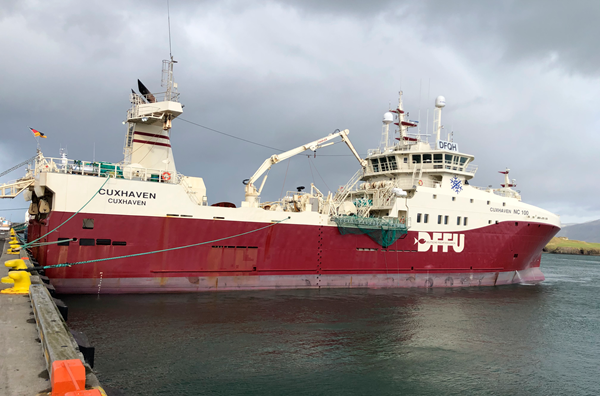 The drums of wire were craned ashore and the warps were run through Hampiðjan’s tensioning system as they spooled on board. By spolling the warps under tension, the wire are layered very evenly onto the drums, practically eliminating the likelihood of the warps suffering damage while in use or parting, and extending the working life of the warps significantly. 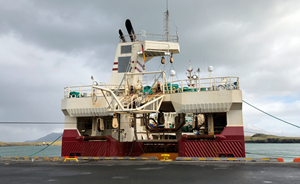 It was a great help that Cuxhaven was able to lie stern to the quay, so that the warps could be spooled directly to the winches, without the need for additional blocks that would have been required if the warps had been handled over the side.

Greenlandic trawler Tasermiut can also be seen alongside, ready for its warps to be spooled on board under tension the following day. 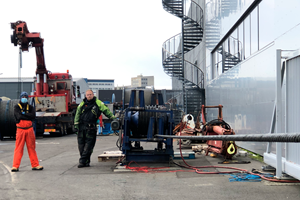 Hampiðjan has recently acquired an additional tensioning system, which will increase the flexibility of the company’s wire services around the country and by establishing the same wire services at its Akureyri and Neskaupstaður branches. The foundations for the tensioning equipment is expected to be ready next week in Akureyri and few weeks later in Neskaupstadur.  The service will then be the same as already available in Reykjavík and the Westman Islands.