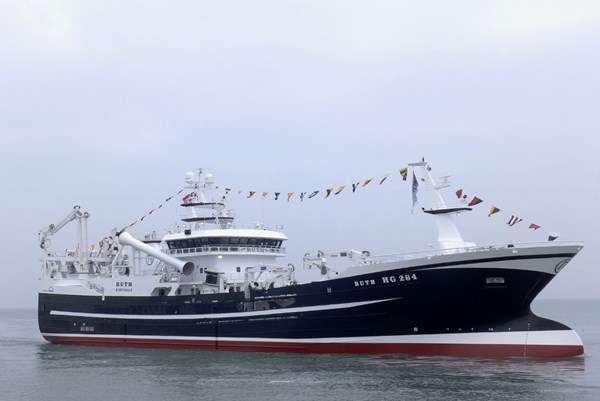 Danish pelagic vessel Ruth docked in the Faroes at the end of last week with 2600 tonnes of mackerel valued at DKK20 million on  board. This is the result of Ruth’s first trip this year, and since it was delivered new in March last year, it has caught 27,000 tonnes of fish worth approximately DKK205 million over those ten months. 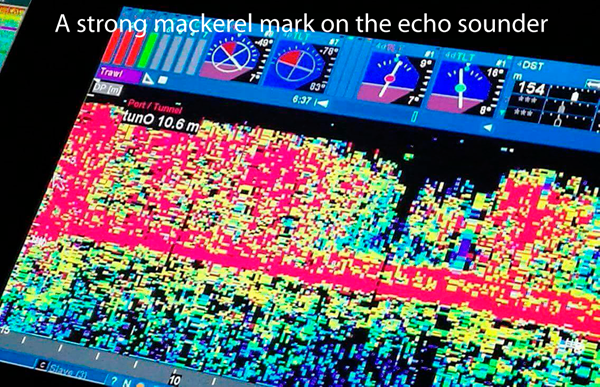 One of the keys to Ruth’s success is the fishing gear used for fishing mackerel and herring. Ruth’s owners invested in two 1216 metre Gloria Helix pelagic trawls supplied by Hampiðjan’s Danish daughter  company Cosmos Trawl, designed by Arne Olesen and Leif Lykke, the company’s sales  managers at its Hirtshals and Skagen locations. According to Arne Olesen, these trawls are made in sizes ranging from 768 to 1400 metres. These are designed specifically for fishing mackerel and herring and have also been used for catching brisling in the North Sea and the Baltic with excellent results. 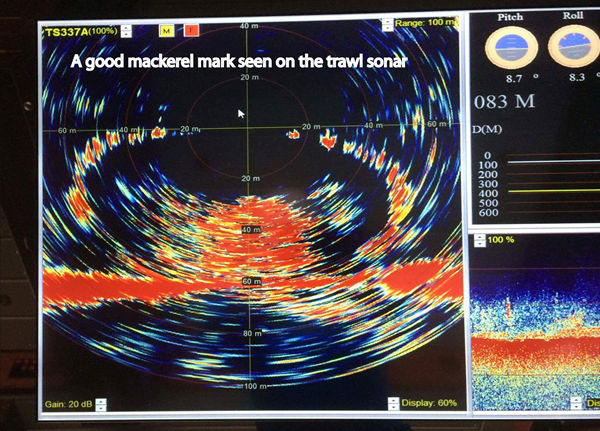 ‘The first 1216 Gloria Helix was for Cattleya, which was a newbuild, and this vessel’s operators have altogether bought four trawls of this design. As for Ruth, they left for their first trip on the 17th March last year and have trusted this trawl for those ten months. This has given them a catch of 24,000 tonnes worth DKK185 million and they have made a great start to 2017. It’s noticeable that this is a confirmation that the design is right and the strength is there, as in ten months they have needed to repair only four meshes,’ Arne  Olesen said.

Ruth is the flagship of the Danish pelagic fleet. It measures 87.80 metres overall with a 16.60 metre beam and was built at the Karstensens yard in Skagen. It is also the first of its kind to be outfitted with three trawl winches, making it capable of towing two pelagic trawls side-by-side.

It seems that there is no let-up in Ruth’s successful fishing, and the pelagic vessel was reported yesterday to be on its way in with a further DKK11-12 million worth of fish after a short trip. This bring Ruth’s total catch values up to DKK217 million in only ten months.