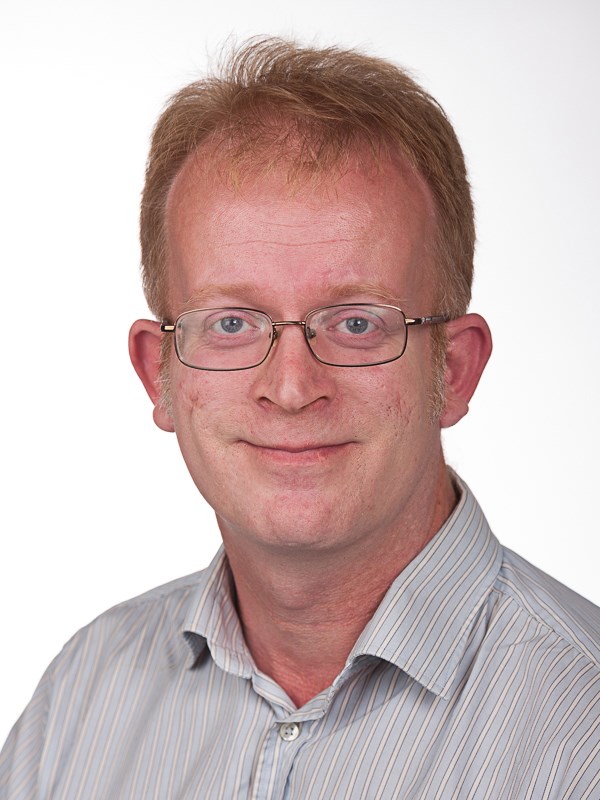 Today we mourn the passing of Jón Ásbjörn Grétarsson, fishing gear technologist and our close colleague here at Hampidjan for several decades. Jón Ásbjörn joined the company in the summer of 1989 and last year celebrated 25 years with us. He worked first at the Stakkholt net loft and it was immediately clear that here was someone with a good understanding of and a feeling for fishing gear, which was no surprise considering he had ben brought up in Ísafjördur where everything revolves around fishing.

Jón always had a great interest in computers and followed their development from an early age, showing an interest in the programming tools used at the time. Just at the time he started work, the first computer modelling of fishing gears was appearing and he straight away showed his skill and aptitude by easily producing designs for demersal and pelagic trawls. He soon became a key member of the team, and eventually became one of Hampidjan’s chief designers as he increased his knowledge and instincts for fishing gears and the behaviour. Alongside his daily work, Jón also took his apprenticeship, completing it in 1993 and qualifying as a master netmaker in 1996. The best example of just how far ahead he was in computer-aided fishing gear design was that while he was studying the student also became the instructor, teaching both his fellow students and lecturers how to use computers to design fishing gear.

Studies in fishing gear technology is almost unique in that this is a recognised discipline in only a few countries around the Atlantic, and Iceland is the only country offering such a course of study. Considering how important the fishing sector is for the nation’s economy, this has been essential, ensuring progressive development and efficiencies in fisheries while also cementing Iceland’s place as a leading nation in fishing gear development.

It is certainly not the case that Jón spent all his time at a desk designing, as he travelled the world to solve problems and assist Hampidjan’s subsidiary companies in developing, modifying and adapting fishing gears to circumstances in particular areas. This frequently meant long trips to sea in distant waters, often for weeks or even months at a time.
During these trips Jón got to know fishing gear technologists from other countries, gaining valuable insights into the processes that went into designing gears for particular species or conditions. This knowledge became invaluable when Hampidjan needed to produce gear for the Icelandic fleet to target hitherto unexploited resources, not least the mackerel that now arrive in Icelandic waters in volume and are an important fishery.

Jón Ásbjörn was a thoughtful and quiet character who rarely allowed his concentration to be disturbed. His decades of work, coupled with his interest and concentration combined to make Jón one of the world’s leading trawl designers, and his designs will undoubtedly be used for years to come even though he is no longer with us.
We would like to offer Jón’s parents, children and his brother our deepest sympathy for his loss and we are grateful for his contribution to the growth and success of Hampidjan in the past decades.


He appeared in my office in the middle of May 1989, a week after he had started work at Hampidjan’s Stakkholt net loft, this thin, tall, red-haired young man, asking if the plan of the pelagic trawl they were working on had been done in a computer. When he was told that it had, he asked if he could borrow the software, which wasn’t a problem on my part. Two days later he was back in my office with a completed trawl design of the same gear, including all of the explanations that went with it, and that trawl later became known as the Gloria. This all came to me as a great surprise, as there were very few people in Iceland with an understanding of computer-aided fishing gear design, in fact there were only a handful of them.

That was the start of a very fruitful co-operation in designing and developing fishing gears that resulted in Hampidjan’s outstanding success in this field, with the company’s gear used by fishing vessels virtually all over the world. It wasn’t long before Jón had developed his own software built on the opportunities offered by Excel and Auto-Cad, with the result that all the properties of the gear were presented clearly and in a straightforward manner. In co-operation with naval architect Emil Ragnarsson at the Icelandic Fisheries Society Jón also developed bollard pull software. This was extremely important for evaluating the size of a set of fishing gear in relation to a vessel’s towing power. In recent years he had worked with the University of Iceland to develop a trawl simulator to model all of the forces at work on fishing gear.
Jón travelled extensively on Hampidjan’s behalf, both developing fishing gear and training staff overseas. He completed countless to sea on customers’ vessels around the world, assisting crews in switching to their new Hampidjan trawl gear. Jón was an outstanding figure in his own field of fishing gear design and development, and there are few today who can equal his skill.

Jón was blessed with the capacity to concentrate on a task with a blend of determination, logical thinking and calmness that is extremely rare. He would sit at his computer and come back with a solution when it was needed, which was often enough not today or yesterday, but needed the day before. This was a special character with talents that few of us have. If Jón had lived longer, then I am convinced that he would have continued to produce radical innovations that would have become a reality in the future.
God bless the memory of this dear friend and colleague. We offer Jón’s children, as well as his parents and his brother, our heartfelt sympathy on the loss of a wonderful man who never made a fuss and never complained, even at the height of the illness that was his last.