Plenty to do with purse seine repairs 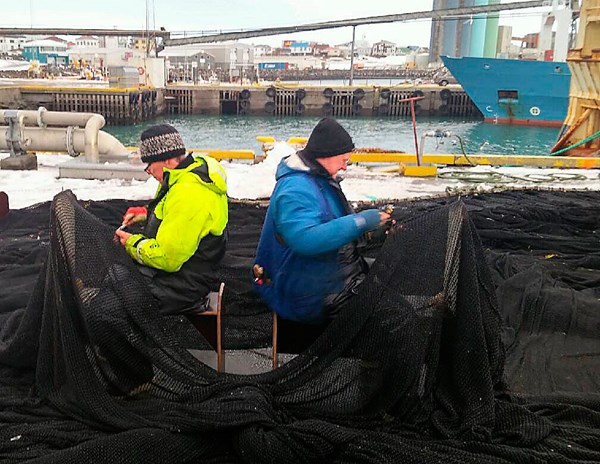 Plenty to do with purse seine repairs

‘The difference between this season and the last is the weather so far this year has been much worse and sea conditions more difficult. The fishing vessels are larger now, they fish in worse weather, and it doesn’t help that the clock is ticking down to the end of the short fishing season,’ said Hampidjan’s chief foreman Vernhardur Haflidason.

Things have been busy for the staff recently, with plenty of repairs to purse seines. He said that this time of year being busy is nothing unusual, although this year has been busier than most.

‘The boats are damaging their gear, catching the gear on the bottom or in the screw, and if it’s not serious, the crew normally sort it out for themselves. For anything more serious, they come to us. Generally they’ll bring the gear here, although we also send out repair teams and this winter we have sent teams to carry out repairs at Helguvík, Vopnafjördur and Akranes,’ he said and commented that today they are working on repairing a purse seine for Greenlandic pelagic vessel Tasiilaq, which tore its gear in last night’s storm. 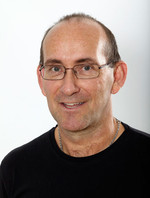 Vernhardur Haflidason said that the greatest likelihood of gear damage is when the purse seine is pursed at the ship’s side.

‘There’s nothing unusual about the bag or the bag end tearing when the conditions are as they have been these last few weeks and months. There’s a constant heavy swell and that places additional tensions on the gear. It doesn’t need a big shot to do some real damage,’ he said and added that around half of the 20-strong workforce at the Skarfabakki net loft are currently working on purse seine gear. It’s crucial to provide a quick and effective turnaround for the fleet, something that applies as much to the purse seines as to the trawl gear that are normally delivered direct from the net loft to the vessel.

Today there are no vessels fishing for capelin off Breidafjördur due to the heavy weather. Many of the pelagic boats are sheltering and waiting for the weather to improve, which could happen later today. The fishing has been very good so far on the days when the fleet has been able to operate and the western migration of capelin looks very promising. The weather prospects now look good for the next few days and that’s something to look forward to, compared to the weather over the last few months.