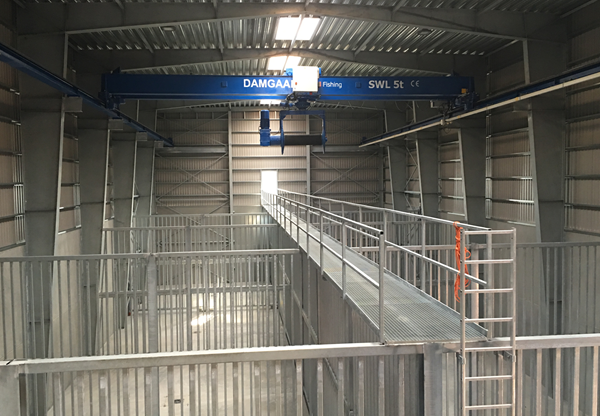 A new 800 square metre purse seine hotel was opened a few days ago by Cosmos Trawl, Hampiðjan’s Danish daughter company. It has space for eight of the largest purse seines and practically the entire space has been booked for the next ten years.
‘This is the future. Shipowners want to be able to store valuable fishing gear where it is protected from wind and rain and especially where it is protected from sunlight. It was a request from six vessel operators that encouraged us to start work on this,’ said Haraldur Árnason, Hampiðjan’s sales and marketing director who is also Cosmos Trawl’s managing director. 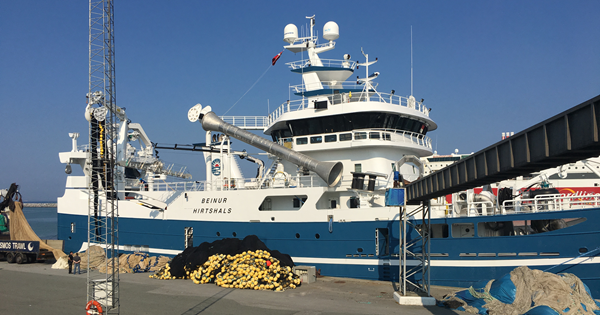 It is certainly the case, as Haraldur Árnason and the fishing company managers state, that there are significant investments tied up in  gear as a large new purse seine can cost EUR600.000 to EUR750.000.

He said that the new purse seine hotel is incorporated into the new extension to Cosmos Trawl’s fishing gear complex in Hirtshals. It has eight 285 cubic metre storage pens, each capable of holding a large purse seine.

Seven of the eight have already been booked ten years ahead. 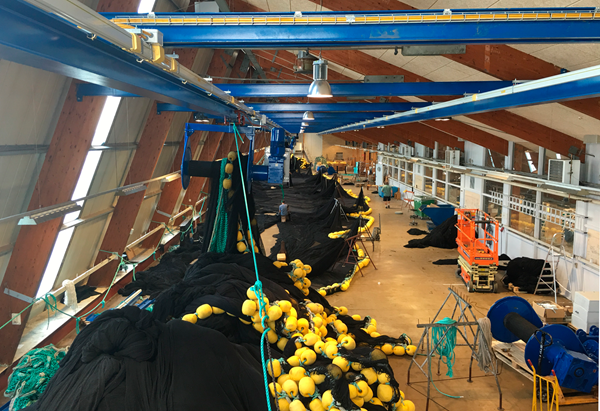 ‘The purse seine hotel is well equipped. We installed two bridge cranes and replaced all of the old blocks in the net loft. So now we can take gear direct from a purse seiner, into the net loft to be worked on, and from there it can go straight to the hotel,’ Haraldur Árnason said.
There are definite plans for more of these purse seine storage facilities on the lines of what has been done at Hirtshals.
‘Hampiðjan’s daughter company Fjarðanet is preparing to build a new net loft at Neskaupstaður and part of the plan for this includes a purse seine hotel with storage space for 20 to 24 sets of fishing gear next to the net loft itself,’ he said.