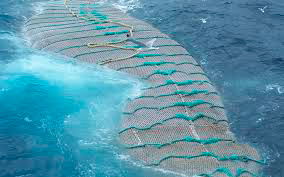 ‘We were the first to try this codend out for Hampiðjan and it worked so well that we have used only T90 codends for mackerel and herring fishing over the last few years,’ said Albert Sveinsson, skipper of HB Grandi’s pelagic vessel Víkingur.
He said that initially the T90 codend was tried out on blue whiting.

‘We haven’t used this codend for blue whiting, as it all goes for meal production. But when the appearance and quality are the key factors, such as with herring and mackerel, the T90 codend is used. It is wider than conventional codends, allows more water to flow through the meshes and the result is that there is less pressure on the fish. It all helps to lift the quality and get better fish,’ Albert Sveinsson said, commenting that improving quality is the target that both the crew and operators aim for. 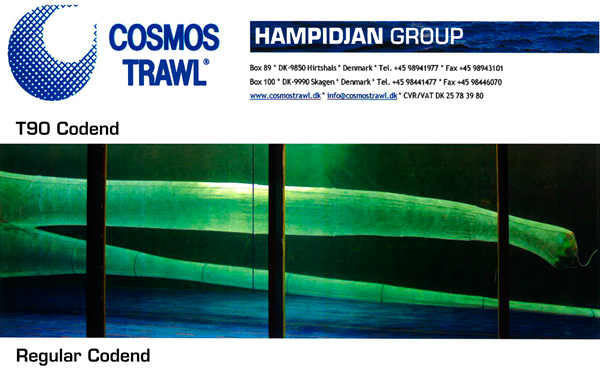 ‘We are not as closely linked as our colleagues in other countries to price fluctuations fro week to week. Normally there is a contract for this or that species for some time ahead and it speaks for itself that it’s in our interest to be constantly looking to do better,’ he said.

According to Arne Olesen, sales and marketing manager at Hampiðjan’s Danish subsidiary Cosmos Trawl, Danish operators were last year getting a €0.20 per kilo better price for mackerel caught in T90 codends than for fish caught in conventional codends. For a 1000 tonne landing, this means an additional €200,000.
He said that the difference lies in the quality of fish caught in a T90 codend, and that it is possible to produce maatjes, made using young herring caught in a trawl or purse seine during the spring fishery. Arne Olesen said that only a few years ago it would have been unthinkable to produce this Dutch delicacy from trawl-caught fish as only herring caught in a purse seine could be good enough.