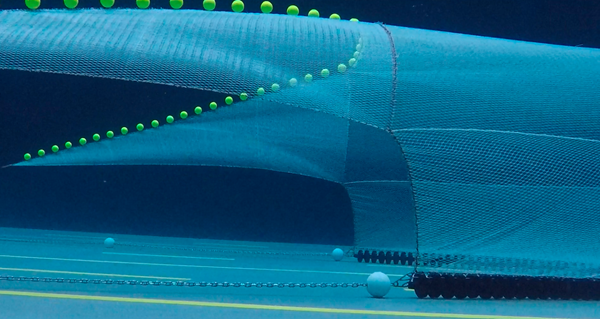 Hampiðjan’s Gulltoppur groundfish trawl is the result of extensive underwater research and development on board trawlers in Iceland that during the 1980s used 105-foot Mars and 90-foot Vestfirðingur trawls.

Underwater footage of these popular demersal trawls highlighted a number of weaknesses at the quarters of the wings which needed to be modified to develop better and more efficient fishing gears. 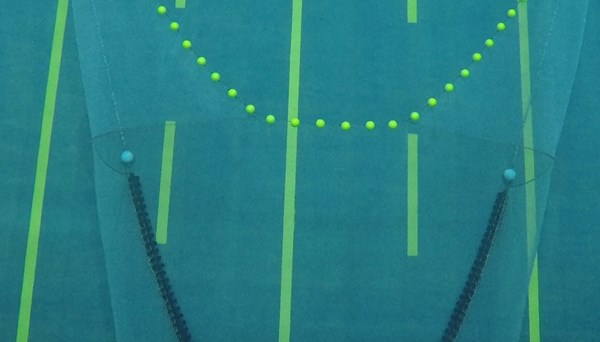 The designs of the wings and bosom of these trawls were adapted to the actual shape of the footropes and headlines of these trawls during a tow, resulting in both upper and lower bosom lengths being reduced significantly, and the cutting rates at the quarters were opened up and extended to make up for the shorter bosom.

Mismatches in the netting lengths in the upper and lower panels were removed to eliminate slack netting, including by removing slack in the lower wings, removing the lower wingtips and replacing this with a wing-end bosom. Tension hotspots in the old trawl designs were practically eliminated and the trawl took on a much neater shape while being towed along the bottom. In addition, these improvements substantially reduced damage and repairs.

The new Gulltoppur design, with twice as much headline height as the old trawls, showed that it easily matched the old gears in fishing effectively under difficult conditions, such as on steep banks or in heavy currents, and often fished much better than the trawls it replaced.

The Gulltoppur is a demersal trawl that catches ground-dwelling fish, and it is easily controlled so that it sits well and hugs the ground. The Gulltoppur is a low-maintenance trawl in use, which extends the working lifetime of the gear considerably. This provides crew with more time to process and stow the catch, which also contributes to better catch quality.