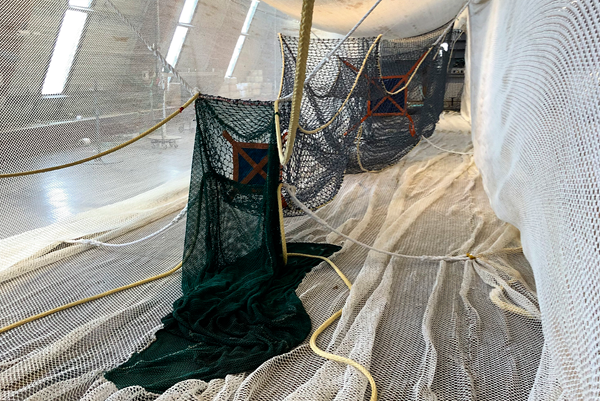 Danish fishing gear company Cosmos Trawl, part of the Hampiðjan Group, has designed and developed a new selectivity device that looks very promising. The device was developed and designed in co-operation with Nordsøtrawl, the fishing gear workshop of Cosmos Trawl in Thyborøn. Ten of these Excluders have been supplied to Danish, Norwegian and Swedish fishing operators, and now the company is waiting for the Danish and Norwegian authorities approve the device for general fishing activities. It takes the form of a conical netting section, secured inside the belly of the trawl, made in T90 netting at the front and square mesh further back. Inside this two plastic square panels are fixed laterally to lead seals and small cetaceans out through the aft part of the cone, leading to an opening in the lower panel of the belly. Cetaceans and seals swim out through the opening unharmed, while fish catches pass the panels and back to the codend. 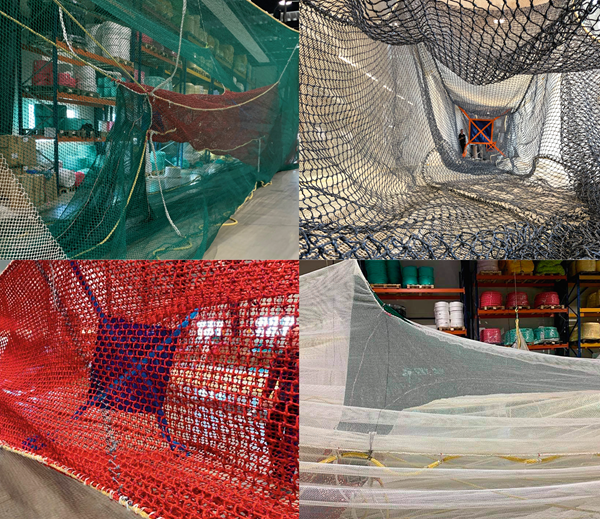 According to Cosmos Trawl CEO Michael Lassen, this selectivity device, which has been christened the T90 Excluder, has been developed with North Sea pelagic fisheries in mind. These are fisheries for sandeel, brisling, spaerling and herring. It has turned out that this T90 Excluder is effective wherever pelagic gear is used. The idea behind the design is to filter all larger fish, such as saithe, cod and haddock, as well as smaller marine mammals such as seals and other cetaceans, alive out of the trawl. The principle could also be applied to herring and mackerel as required. The results of trials have shown that there is no error, and the success rate is 100%.

‘The T90 Excluder has been used in fishing for herring and it’s accepted that if there are small fish in the area, these tend to end up in the codend with the herring. These small fish make their way to the codend and I don’t see any obstacle to developing something that works for small fish as we have done for larger fish, by adjusting meshes to the appropriate size,’ Michael Lassen said, and commented that sometimes seals have been a problem for the local fleet fishing for sandeel and brisling. By fitting this T90 Excluder, the problem has been solved, so there should be no such difficulties in future.
Michael said that the T90 Excluder is easy to use.

‘The net cone is fitted at the aft end of the belly, ahead of the codend. If it’s required, it takes the crew around an hour to fit it to the trawl,’ he said.