At sea with a purse seine 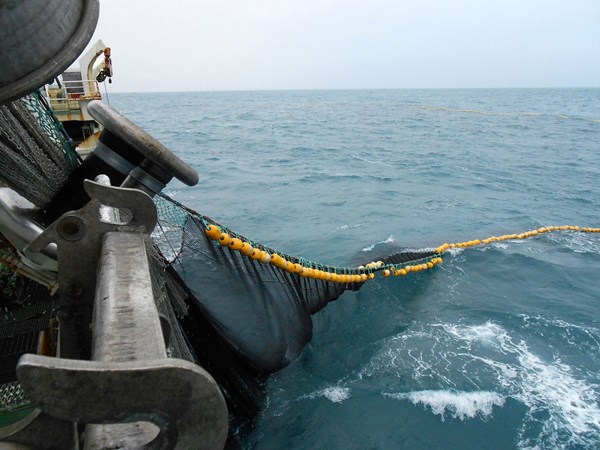 At sea with a purse seine

With the capelin season coming to an end, it’s a reminder that not long ago Hampidjan sent its master netmaker Vernharður Hafliðason to sea for a trip with skipper Guðlaugur Jónsson on the HB Grandi pelagic vessel Ingunn AK-150 at the end of last year’s season.
The trip started at Vopnafjörður and Ingunn was steamed along the east and south coasts to fishing grounds west of the Westmann Islands, where four shots were enough to fill the tanks with 2000 tonnes of capelin in perfect conditions.
Ingunn uses a purse seine with a 230 fathom (420 metre) corkline and a depth of 65 fathoms (120 metres). This very large and sophisticated piece of fishing gear doesn’t look like much when it’s stacked in the net bin on board or piled up outside the net loft at Skarfagarður.
That all changes when the purse seine is in use under good conditions. That’s when this highly effective fishing gear is streets ahead of any other in terms of effectiveness, fishing capacity and fuel economy. The purse seine is a unique method, although it has long been difficult for both laymen and fishermen to visualise just how a purse seine looks once it is in the water.
Many of the same rules apply to purse seine effectiveness as apply to other fishing gears, such as trawl gears. Speed is needed to shoot the purse seine in a ring, with tide and current contributing to opening it, while the leadline takes the lower edge down and the corkline keeps the top of the gear on the surface.
When the gear has been shot, pursing starts, with the purse seine closed as the leadline is hauled back to the catching vessel. This closes off any escape route that the fish might have.
The development of purse seine gear has been nowhere near as fast as the development of trawl gear, except in terms of size and weight as purse seines have expanded as the vessels have become larger and more capable of handling large-scale gear.
Models have been made of purse seines that have helped us visualise how they function in the water, but there is very little underwater film footage of purse seines at work. A model of a purse seine was demonstrated in the Hirtshals flume tank during one of Hampidjan’s flume tank sessions a few years ago and attracted a great deal of interest from the purse seine fishermen who were present.
It was fascinating to see the gear shot and pursed in the tank and it is clear that this can be done at this scale, as shown here. The model was in a scale of 1:80, which gives an indication of the size of this heavyweight fishing gear. 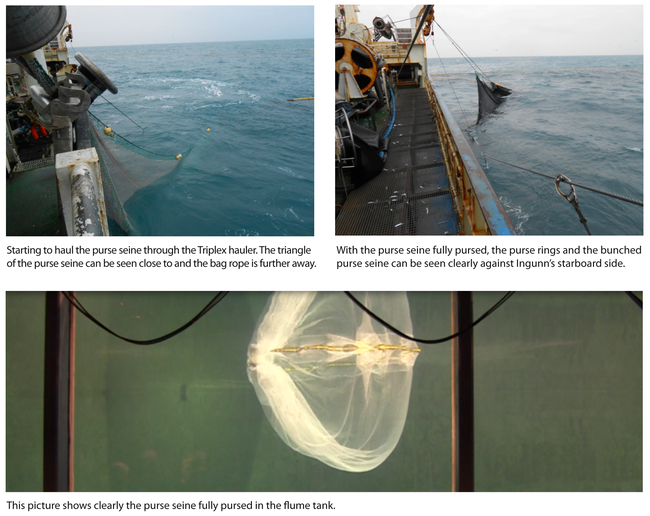 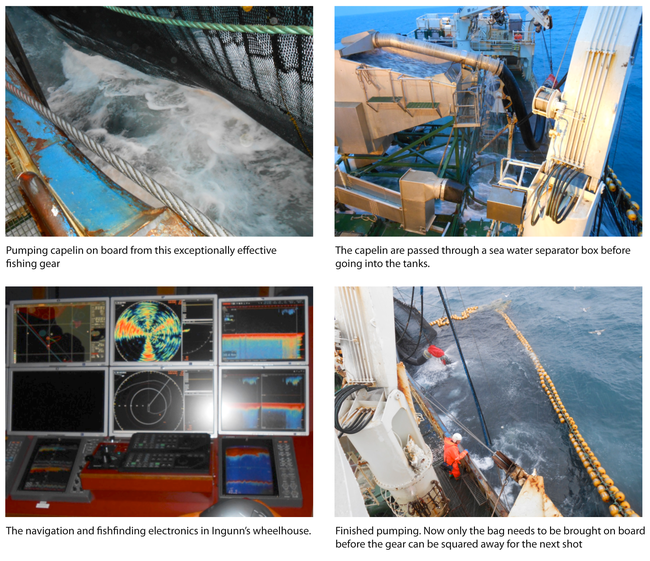