Nordsø Trawl AS in Thyborøn: New net loft to open this summer 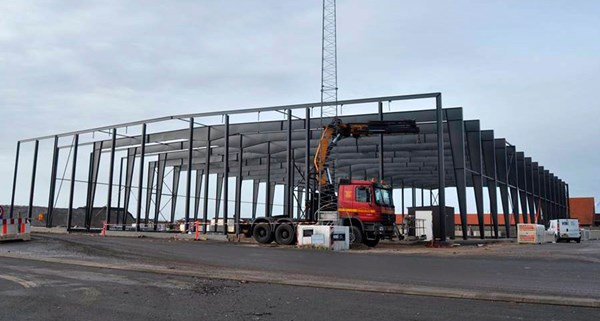 Nordsø Trawl AS in Thyborøn: New net loft to open this summer

Due to a significant increase in demand for its gear, Nordsø Trawl in Thyborøn is now building a new 2600 square metre net loft that will be ready for use this summer.

The new building will be mainly be used for fishing gear production as well as providing office space.

The initiative has already been mentioned on Nordsø Trawl’s website, and the company is part of the Hampidjan Group. According to Nordsø Trawl’s managing director, Fleming Ruby, as soon as the new building is ready the old production facilities will go as the company’s existing building has already been sold.
He is not prepared to state the extent of the investment, although he commented that the expansion is long overdue in the light of the company’s expanding activities. In addition to the home market in Denmark, around 60% of Nordsø Trawl’s production is exported.

The demand is growing all the time,’ he said, adding that an increased workload means that the company has also recruited more staff. Nordsø Trawl now has a full-time staff of 14, of whom two are apprentices.

‘We know that netmakers don’t grow on trees, which is why we have put so much effort into training new talent and providing them with work experience,’ he said and said that there could well be a need for even more staff once the new net loft has been opened.